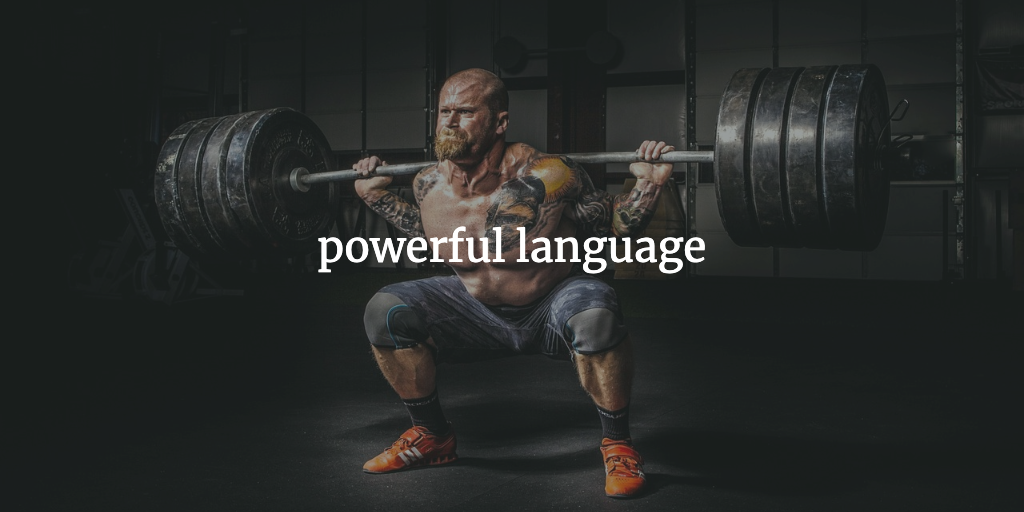 To understand the concept of powerful language, let’s take a closer look at what powerful language and behaviour is and what it isn’t. This way we can gain insight into the difference between the powerful and the unconscious.

What are the powerful doing?

What are the unconscious doing?

Our way of expressing opinions and thoughts has been watered down over the centuries. We have been trained to embrace mediocrity over choosing excellence1. Here are some examples of how softening the blow or the famous bullshit sandwich when giving feedback has made it into our everyday colloquial verbiage. Any time you hear words like these in sentences, you immediately know that this is not powerful:

Unconscious language is also used to state what you don’t want, completely omitting what you want instead. This is not productive.

If you express yourself screaming you just gave away your power. An unnecessarily loud voice doesn’t lend power to the content of what you have to say. On the contrary. If you look yourself in the mirror at that moment, you notice your likeness to a little kid on the floor screaming and crying to get candy in the supermarket. The same goes for aggression or passive aggressive demeanour. It is the behaviour of wounded souls.

Forbidding or limiting someone in their freedom or putting them (or yourself) down isn’t powerful either. It is a sign of weakness and projection of shame. The associated feeling is jealousy, insecurity or a low sense of self-worth.

An example in practice when talking to your kid would be:

Turn a jealousy driven projection into a development opportunity and embrace discomfort: